Bailed Out In Billings 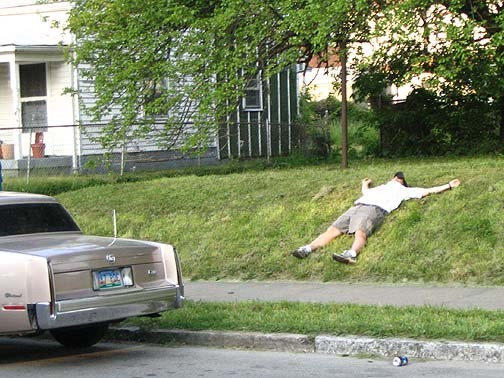 How Lipstick Bail Bonds Protects Your Friends and Family

If you’re not familiar with a bail bonds company, you should be – and Lipstick Bail Bonds now has a convenient location right here in Billings. The Billings Police Department is good at what they do, and the statistics have proven that. They’ve added seven officers this year alone. One small incident is all it takes and finding a reliable bail bonds company in Billings will be relevant. Especially if you have a friend or family member in the Ada County Jail

Maybe something like that’s already happened to you. Maybe you woke up hungover to the sound of the neighbor’s lawnmower and thought, ‘he’s just going to have to mow around me, I’m not moving.’

You couldn’t remember much about the night before except that you were driving with one eye open; it makes sense right? If you start seeing double, close an eye, and suddenly, all seems right with the world again. Then, you remember the car.

With the morning dew on your face, you to turned to inspect your Ford Focus for damage and saw a Toyota minivan – and it’s totaled. The yard is littered with shrapnel and debris like Roswell and then you heard the sirens. You couldn’t figure out which direction they were coming from and after several moments of focused listening, you realize that they’re coming from every direction.

Suddenly they were nearly in the driveway. You knew there was too much of the minivan scattered around the yard to allow for safe and proper automotive operation so, much to your neighbor’s delight, you peeled yourself off of his lawn and headed to the back yard – while your neighbor watched with a disappointing stare over his wire-framed glasses.

As you hit the fence, you realize a few things; first, you realize that your athletic ability isn’t what it once was…or maybe the fence is too high. Secondly, you realized that you were probably going to need a bail bondsman very soon because you knew what everyone here in Billings knows, the police department is on point – every time.

Ok, maybe you’ve never been in a situation like that, maybe that’s an exaggeration. After all, Billings Senior High taught us better than that, go Broncs. Most of us here believe that we won’t find ourselves in a situation where we’d need to know a bail bondsman but nothing could be further from the truth. Most of us have a friend or family member that can’t seem to avoid the clink.

We all have that crazy uncle who’s consumed so much cheap liquor through the course of his life, he spends the better part of the evening hours trying to wake up a sleeping bag. If you don’t have a crazy uncle, think about a family reunion or a holiday where you spent some time with your extended family. Did everyone in attendance have a flawless criminal background? Of course not. That doesn’t mean they’re bad people, things just happen.

If it’s not a friend or a relative that’s prone to the occasional slip-up, it’s a coworker. We all know somebody at work that stumbles in every Monday morning with a hangover. They usually have ring around the collar, a five o’clock shadow, and they’re sweating 100 proof whiskey through every pore in their body. And for some reason, they think the rest of us don’t know…

The reality is, things happen. We all hope they don’t, we wish the best for everyone but we know that there’s a chance they could slip up and when they do, they need to have someone in their corner for support because behind the ring around the collar and the five o’clock shadow, there’s a family. Time is of the essence, the last thing anyone wants is a prison stay once bail is set. This is where Lipstick Bail Bonds has the expertise to help.

Bail is the conditional release of a defendant with the promise to appear in court, usually a preliminary hearing and other proceedings, at the cost of a bail bond. Release is important not only to allow the legal team time to prepare a proper defense but also to make any adjustments necessary to at home and at the workplace. Once the defendant makes the required appearances, the bond is returned.

But the bail is often purposefully set at an amount that is more than defendants can afford so they turn to a bail bondsman for help – they turn to LIPSTICK BAIL BONDS.

If you’re in Billings and you or someone you know is in a tough spot, give us a call at Lipstick Bail bonds; we have a track record of keeping friends and family members out of prison since 2003. We have been offering a full range of bail bonds services, including a mobile app with an inmate locator, throughout the country. We understand that when things happen, they don’t always happen during normal business hours so we are completely available 24 hours a day, 7 days a week.

Whether you need bail or not, give us a call; we’d love to hear from you!