How to get bailed out of jail in Los Angeles, CA 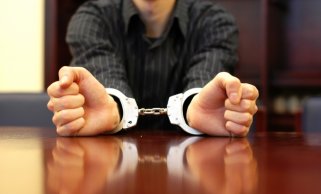 If you are a resident of Los Angeles and are in the need of getting someone out bailed out jail, this is the right place to get all the information you need. If this is your first time dealing with a situation where your friend or family is in need of getting a bail bond, understanding and dealing with the entire process can be a daunting task.  However, having an easy to understand guideline can ease up the entire process and help you make an informed decision timely.

The first step in understanding the bail process is to know why you need a bail in the first place. The only purpose of bail is to guarantee that the individual will return to court on the required dates. The process starts when the individual is arrested and booked in the Los Angeles county police department or jail. This involves registering the person’s charges, information, description, photographs, fingerprints and Department of Justice background check. Furthermore, all the possessions of the accused at the time of arrest are confiscated and recorded by the detention officer. After this, the individual is allowed to make telephone calls as per the California Penal Code Section 851.1.

After the booking process is finished, the accused is eligible for release on bail as per the eighth amendment of the constitution of United States which guarantees the presumption of innocence until proven guilty by a court of law. The bail amount is determined by the Los Angeles county bail schedule depending upon the nature of the crime the individual is accused of.  There are some exceptions to this where some individuals may not be eligible for bail which are listed as under:

The two main options to post bail in Los Angeles county are cash bail and bail bonds. Cash bail requires the full amount to paid in cash or by cashier’s check, money order or personal check. This amount is held by the courthouse until the case is resolved and returned in full regardless of the outcome of the case. If you do not have the option to post bail amount in cash, bailbonds can come in handy where a bail agency will pay the amount on your behalf against a collateral and charge a premium or fee after the case is resolved. The premium charged by most bail bond agencies in Los Angeles county is 10% of the total bail amount. Some agencies may offer lower rates if a specific citeria is met. All rates are approved by the California Deprtment of Justice.

Failure to appear in court on the schedule dates can result in the bail or bail bond being forfeited by the court. It may also result in the issuance of a bench warrant for the person’s arrest. If the defendant appears in court, it is up to the court whether to re-instate the bail or not.